What Are We Celebrating on “The Fourth”, Also Known as “Independence Day”?

The Fourth commemorates the unanimous adoption of the Declaration of Independence from Great Britain, by the second Continental Congress in 1776. This declaration culminated in our revolutionary war that ended in 1783. It was then that Britain recognized the United States as an independent and sovereign country. 😊

Why is This Important For Our Kids?

We want our kids to know our history, and how we ‘came to be.’ However, there’s more. The same principles on which our country was founded are the same characteristics we want to develop in our children.

Here is a run-down of those principles:

A primary goal of the American revolution was the pursuit of liberty. As was so eloquently phrased, “We hold these truths self-evident, that all men are created equal, that they are endowed by their Creator with certain unalienable Rights, that among these are life, liberty, and the pursuit of Happiness.” Liberty is different than freedom, with the former comes a measure of personal accountability and responsibility. Above all, our Founders strongly believed that with liberty, comes personal accountability. You want to instill those same values in your children – we have unimaginable freedoms in our everyday life, but we also have a responsibility to our family and fellow citizens and should expect to be held accountable for our actions.

Independence as a Virtue: Individualism and Self-Determination

Another founding principle is that we all have moral worth, and each should be valued to make one’s own decisions. This is accompanied by the principle of individualism; we are individuals apart from the collective and each has to make his or her own way in life. Yes, we have an obligation to behave morally and help our fellow citizens when we can, but each of us is responsible for our own well-being. We make our own decisions and therefore take responsibility for the outcomes, good or bad, and expect to be accountable for those decisions. It would behoove us to raise our children with this understanding and appreciation, which will serve them well into adulthood.

Appealing to Virtue, a Higher Power, and Morality

Our Founding Fathers believed that the ability to govern ourselves rests with our individual and collective virtue (or moral character). This virtue stems from a Higher Power, or God, from Whom originate our rights. As was written by John Adams, “it is religion and morality alone which can establish the principles upon which freedom can securely stand. The only foundation of a free constitution is pure virtue.”  We want our children to stand firm in the knowledge that without a strong sense of morality, a firm sense of ‘right and wrong’, based on a Power Who stands above us, we will fail on a personal level and as a society.

That We Can Continue to Grow, Evolve, and Improve

Our Declaration of Independence and our Constitution allowed for growth and a trend toward improvement as a society. The concept that ‘all men are created equal’ was among our founding principles. It provided a foundation that compelled our country in the direction of increasing freedom and equality. Has not the United States trended in the direction of increased inclusiveness and is a far different place than in the 1700s? How about compared to the 1800s? In addition, how have we grown as a nation since the 1950s? What about over the past decade? Is there any other country as diverse as the United States that has progressed as much and as quickly? Is there any other diverse country that is freer and with as much opportunity for all? If so, which country is that? – I suppose we’ll all move there.

We want our children to know that this unique and very special country has made immeasurable progress in a remarkably brief time. You want your kids to know that they too, as individuals, are expected to learn from their mistakes. They are expected to grow and mature, learn and evolve. Above all, they should aspire to become something better, and make their community better.

I hope you had a fun and relaxing Independence Day as you had cookouts with family and pondered the remarkable aspects of our country. I wish you the very best in your ongoing pursuit of teaching your kids these founding principles and helping them to live out these aspirations on a daily basis. If you need any help along the way, never hesitate to reach out; you can find out more at HelpForYourChild.com. May God bless you and your children, and this wonderful country in which we live. 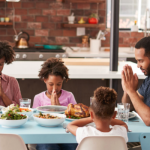