How We Treat Your Child’s Emotional Outbursts

One of the foremost concerns expressed by parents is often regarding their child’s emotional sensitivity, overreaction, and subsequent emotional outbursts. It’s troubling to see your child or adolescent struggling, but it’s good to know that there are practical and effective strategies to improve the situation. Let’s review them today.

First, Let’s review the causes of emotional escalation, which tends to be multi-faceted. In that respect, interestingly, a primary component of many childhood disorders is being overly emotionally reactive. More specifically, in my clinical experience and observations, the reason kids/individuals tend to be hyper-reactive, emotional, and prone toward outbursts includes the following, in no particular order:

In that respect, for example, if Bipolar Disorder, panic, and anxiety, or severe depression runs in the family, then clearly the child is genetically vulnerable to having emotional reactions and being ‘moody’ and reactive. The child may never actually be diagnosed with a mood disorder, but they may, nonetheless, display some similar tendencies, which can stem from the aforementioned genetic predisposition but also from observing heightened emotionality in the home.

A depressed child often presents as more irritable than depressed, which can then manifest in outbursts.

A child with an anxiety disorder will often display emotion and tantrums when feeling anxious or uncomfortable, such as when encountering a new situation, going to school in the morning, or encountering an unexpected change in routine. They may have difficulty calmly expressing their anxiety, so they act out with an emotional episode.

An Experience of Trauma

Individuals with PTSD tend to be far more emotionally reactive.

If the individual is in his or her teens or is an adult, and trauma has been evident since early childhood, then an underlying personality disorder may be developing such as Borderline Personality Disorder whose core symptom is hyper-reactivity.

Children on the autism spectrum tend to be highly emotional and reactive. This would include both low and high-functioning on the spectrum.

Okay, So What Do You Do About Outbursts?

The protocol for managing emotional reactions is as follows:

Let’s look at each of these.

It is paramount that you remain calm. This can’t be emphasized enough or overstated. No matter your child’s reaction, you must maintain your composure, and present yourself as calm and in control. I call it being the ‘James Bond’ of parents. No matter how harrowing the situation, Bond is always calm and even has a sense of humor; definitely worth emulating.

Being “calm” means your voice volume, tone, facial expression, and bodily stance. You’ll practice your coping skills (see below) to ensure you remain calm. Clearly, two out-of-control people (you and your child) are not going to help the situation. Your job is to model calm and effective problem-solving for your child.

A powerful way to help somebody struggling with strong emotions is to validate their feelings. We may believe the child is overreacting but, if we want to induce a sense of calm, the first thing we do is validate those strong feelings.

So, instead of saying something like “why are you getting so upset, it’s not that big a deal” (which only serves to further infuriate the child) instead we say: “I can see that it makes you really upset/sad/angry/frustrated when you lose that game… a friend says something mean to you… did not get an A+ on the exam… you have to stop playing video games…“ whatever the issue may be. Identify the feeling being conveyed and reflect that feeling. You may reflect 4-5 times before moving into practicing coping skills and then moving on to problem-solving. Validating also entails being fully ‘present’ with eye contact, remaining calm, positioning toward your child, and being fully attentive.

If you move to problem-solving too soon, before the child or youth feels as though you have fully heard and understood their feelings, it will only cause frustration. It is very reassuring for any of us to feel that we’ve been heard and understood. That’s as true for you as for your child. So, instead of being frustrated by your child’s behavior, you’re going to be too busy with validating/being fully present.

It will help you to stay calm if you don’t judge your child’s behavior. Try to perceive your child’s behavior in a neutral light, with a degree of indifference. It simply ‘is what it is’. If you ‘judge’ the behavior as ‘bad’ and that your child “shouldn’t” be acting this way, then you’re not helping the situation and will only become frustrated. In fact, if your child has issues controlling their emotions, and that fact has been well-established, then who says they “shouldn’t” be acting this way? Given the circumstances, it’s likely more reasonable to believe that he, in fact, ‘should’ be acting the way he’s acting.

In that light, it's your job not to judge, condemn, put down, or become emotional yourself; rather, it’s your job to remove your emotions and, as the parent, effectively manage the situation. Please note that the term “effective” is in a spectrum and may simply mean that we reduced the intensity of the outburst from a ‘10’, to an ‘8’, which may be encouraging. Similarly, not ‘judging’ also means accepting your child the way he is; accepting that he struggles with controlling emotions and that is part of his make-up, and you’re going to help him with that in a nonjudgmental and helpful way. He’s not ‘bad’; he’s just having some difficulty in a particular area.

Perspective is everything – no attempt to sugarcoat anything; we’re fully accepting the reality of the situation, but the key is we’re working on acceptance, which begets a sense of calm, and a measured and thoughtful approach. Along the way, remind yourself that this is a process – it will not change overnight.

A coping skill is any strategy you use to cope with your child’s behavior, and ways we teach our kids to cope with frustration. Regarding the former, this is the part where you fill your toolbox with loads of tools you’ll use as needed. In that respect, you’ll exhaustively read the posts on HelpForYourChild.com, among other resources, and learn ways of coping for both you and your child. These coping skills will be used before, during, and after a crisis and include specific strategies, and concepts, such as:

Practice being responsive (not reactive), and non-judgmental. Do not presume your child’s intentions. Validate their reactions by picking your battles, giving choices, and not arguing with them.

Use behavioral principles such as high levels of positive reinforcement (rewards). Rewards are not “bribes” - be specific in what you want from your child and reinforce that behavior. Describe the behavior in a specific and nonjudgement way so you’re both on the same page (“upset” and “disrespectful” are vague). Look for ‘good’ behaviors and note them, using things like sticker charts, and give access to privileges when they show that good behavior more immediately (day-to-day, as opposed to week-to-week). The use of ‘contracts’ with your kiddo might be helpful.

Practice staying calm, using deep breathing (mindful breathing), a calm-down room, relaxation techniques, consistent routine, and keeping the proper perspective including ‘this episode will pass.’ Assessing the antecedent or “trigger” for the behavior will allow you to anticipate episodes, and face them more calmly as well.

Practice meditating – there are lots of different types of meditation - sometimes also referred to as ‘mindfulness’. I tend to be a  proponent of meditating on calming and reassuring verses from Scripture such as “Cast all your anxieties on God, because He cares for you," 1 Peter 5:7.

These coping skills, among many others that you can read about on HelpForYourChild.com, are indispensable for dealing with a child’s emotional outbursts. In addition, there are many resources I’ve recommended such as Parenting a Child who has Intense Emotions, by Harvey & Penzo, and the ones you can learn working with your child’s behavioral therapist.

Behavioral, individual, and family counseling is very important to work on coping skills and improve family communication, effective problem-solving, perspective-taking, and general problem-solving. We’re available here at Community Psychiatric Centers to begin that process. As you can see, the above section is quite a list of coping skills, but understanding those strategies and using them effectively can be challenging, so obtaining professional help is vital.

It’s clear that for more severe cases of emotionality, outbursts, or self-injurious behavior when the strategies listed above are working but not to the extent we’d prefer; medication can be very helpful. The more severe the emotional escalations, the greater the benefit of medication. Comparatively, for example, it was found that medication works much better than placebo, and many experience notable relief in their feelings of extreme emotion through the use of prescribed medications.

And That’s a Wrap!

There you have a summary of the causes of being overly emotionally reactive and the steps to help your child. I hope and trust you found this overview to be helpful. It’s typically best to obtain professional guidance in improving one’s coping skills, and we’re here at Community Psychiatric Centers, welcoming the opportunity to provide such support. Feel free to email me at DrCarosso@aol.com or call 724-850-7200 to schedule. May God deeply bless you and your child. 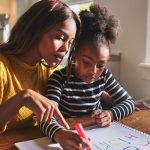 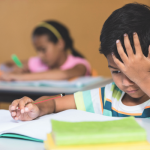 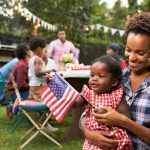