Autism: Squirt in the face for misbehavior?

Water in the face, Tabasco sauce…
There have been some recent stories about parents and teachers using ‘aversive’ techniques to ‘punish’ autistic children for misbehavior. One boy was stuffed in a bag and another was squirted in the face with water. I’ve also heard stories of parents using Tabasco hot sauce on the tongue of a child. So, is this the way to go, or not so much?

The rationale?
Some time ago, aversive techniques, including mild electric shock, were thought to be quite useful and appropriate. In some respects, practitioners found that, for example, shocking a person for a particular behavior can, in fact, actually stop that behavior (no kidding); but at what cost? The child or individual becomes angry, fearful, and the behavior can resurface when the aversive stimuli is removed given there has been no training of a substitute behavior or coping strategy. In more recent times, we’ve become a bit more civilized (arguably) and ethics panels have justifiably frowned on such strategies.

Taking the easy way out…
Despite our newfound civility, the temptation to “shock” raises its ugly head every now and then; heck, it sure is easier to squirt a child in the face rather than take the time to think-through the function of the behavior, precipitating triggers, ways to effectively redirect the behavior, teach replacement (substitute) behaviors, experiment with different approaches for a period of time, collect data, analyze the results, and ultimately determine an effective game-plan.

No choice?
Now-a-days, practitioners sometimes use aversive techniques as a last-resort to avoid self-injurious behavior when there has been no response to other strategies. It would seem that stopping a child from permanently self-injuring would appear to be a compelling justification.

A reflection of mental laziness?
Except in the most extreme of circumstances, I would argue that the reliance on aversive techniques reflects a clinician’s lack of gumption to ‘think through’ the problem, be creative, think outside the box, and develop an effective treatment protocol relying primarily on the use of reinforcement. Moreover, to a lesser extent, I would suggest the same for ‘punishment’ including time-out and loss of privilege though both of these strategies can be quite effective and definitely have their place in any discipline approach. However, the reliance on “punishment” tends to be counterproductive; more often than not, no one wins. If the misbehavior is actually reduced, such is accomplished with the child’s accompanying ‘bad attitude’, negative feeling, and a potential fracture in the parent-child relationship, especially if the punishment is frequent.

Seek help:
If you’re stuck in a rut of relying heavily on using punishment (child is in time-out all day, frequently screaming and yelling at your child), and even considering anything aversive (Tabasco sauce on the tongue, soap in the mouth, spanking…), then drop me an email (jcarosso@cpcwecare.com) or Comment here at the Blog and request some help or email me at jcarosso@cpcwecare.com. Believe me, there is a better way. Parents often need some assistance to game-plan, but it’s time well-spent. Don’t be bashful, contact me for some guidance. God bless you and your kiddos. 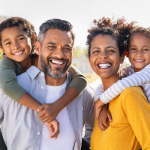 What Is, In Fact, More Important Than Discipline?