Comparing Autism Treatments: The Relationship Builders vs The Skill Developers 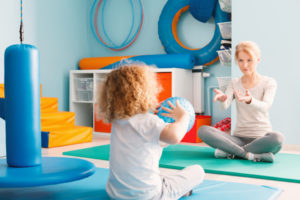 What are some of the primary treatment modalities for Autism?

One of the biggest challenges facing a parent of a child with autism is, what’s the most effective form of treatment? The choices seem endless and differentiating one from another can be a daunting task. Parents often rely on therapists to know and carry-out these programs, but many parents want to learn as much as they can and be in the best position to help their child. The most common treatments include speech/language and occupational therapy, counseling (for higher-functioning kiddos), and social skill groups. However, from that point onward, to choose between the options can be quite overwhelming.

It seems that there are two primary camps when it comes to treatment focus. One camp focuses on helping the parent and child build their relationship, i.e. working on making the parent ‘center-stage’ in the child’s world (as opposed to the child fixating on some random object) and working toward ‘joining’ with the child and becoming an integral part of the child’s sphere of interest.

The other camp focuses on helping the child to learn the basics and developing specific skill-sets such as mimicking, labeling, following simple directives, increasing attention to task, being able to request a desired item, expressing short phrases…

Some of the more popular commercial programs that focus on building the relationship include Relationship Development Intervention (RDI); Greenspan’s FloorTime; The Son-Rise program; and the Early Start Denver Model. There are other options including the aforementioned traditional outpatient counseling, and social skill groups, but the former programs tend to be the more well-known of the publicized commercial models.

The primary strategy for building specific skills is Discrete Trial Teaching (DTT), which focuses on skill development via repeated trials that reinforcement specific responses. Some may say that DTT also helps build relationships given that many of the skills are, in fact, relationship-building (sustaining eye contact), but ultimately there are marked differences between the two camps.

As a side-note, don’t confuse Applied Behavioral Analysis (ABA) with DTT. In that respect, DTT is a specific approach based in principles of ABA, but ABA is far broader in scope than DTT in that ABA is set of systematized techniques to analyze behavior and determine effective treatment regimens that typically rely on differential reinforcement.

Which relationship builder program is the best?

There is limited research to suggest one Relationship-Builder is better than the other and, in my opinion, they all pretty much do the same thing in different ways. If you spend some time investigating the different programs, you’ll quickly see that they all have their merits and notable overlap in approach. In fact, there is so much overlap that it’s often difficult to differentiate one from the other. They all have their own confusing lingo and varying degrees of structure but all target building the relationship.

As I mentioned earlier, other relationship-builders include traditional outpatient counseling, offered here at Community Psychiatric Centers, to work both individually and with the family to promote social skills through talk-therapy, role-playing, and rehearsal of social situations. There are also social skill groups that can be very productive and many children, and their parents, find such groups to be invaluable.

Are the relationship-builders better than DTT?

No, relationship-building programs are not better than DTT, they’re just different. It’s comparing apples to oranges. However, it should be noted that the only modality that is genuinely research-backed and evidenced-based is DTT. Nevertheless, in my opinion, the best approach is to use both. In that respect, the relationship-building techniques can be done any time throughout the day, during any given activity, to build the relationship. It’s true that DTT can also be carried-out any time and in a play-oriented manner, but it’s most often conducted more formerly at a table (“table-time”). Consequently, the ideal approach, from my perspective, is putting aside time, each day, to carry-out sessions of discrete trial drills to teach specific skills and use relationship-building ‘joining’ activities throughout the day when carrying-out daily tasks.

Is there an approach that combines the two?

Well, actually there is. It’s called Pivotal Response Teaching (PRT), which is essentially an off-shoot of DTT in that it uses differential reinforcement protocols to teach specific skills and to development the relationship. It’s a fun approach that is structured and regimented, as would be expected from any program based in DTT, but also child-centered, free-flowing, and naturalistic. It’s an approach worth exploring. However, ultimately, I perceive PRT as more of a skill acquisition approach than relationship-building, but others may disagree.

I hope that helps to explain and differentiate some of the more common approaches. I’m looking forward to providing more details in future posts to help your child build relationships and develop specific skills. In fact, I plan on providing a live workshop in the near future for that very purpose.

Please don’t hesitate to reach out to me with any questions along the way. In fact, I’d love to hear your opinion about the strategies and programs you’ve found to be most effective, and I can share them with others; email me at jcarosso@cpcwecare.com. Thank you.

God bless you and your kiddos, your entire family and have a wonderful rest of your summer.

Dr. Carosso has more than 30 years of experience as a licensed Child Clinical Psychologist and Certified School Psychologist working in private, inpatient, outpatient, residential, school, and home settings. He is Clinical Director of Community Psychiatric Centers (cpcwecare.com), a licensed Behavioral Health Outpatient Clinic, and operates both the Autism Center of Pittsburgh (autismcenterofpittsburgh.com) and the Dyslexia Diagnostic and Treatment Center (dyslexiatreaters.com).