What is “Structure” and What Does it Look Like?

What does it mean to “increase structure”

Parents are often told about the importance of structure, that they need to increase structure, and that structure is vital to helping children who need “more structure.” However, what does that mean?

The simplest way to explain structure is that ‘more structure’ equates to more rules, direction, and close over-sight. During any given time of day, or activity, the more rules and direction you give your child, and the closer you stand in proximity, the more “structure” you’re providing.

The more rules and directives, the more the child knows what to do, the more predictable the outcomes (for you and the child), and less room for problems, arguments, and contention.

The first scenario - three children return from school and play together without rules or direction. The three children roam about, intrude in each other’s play, move from one thing to the next, make messes, and run around as the parent yells for them to behave.

In the second scenario - the children return from school and each is directed to a different part of the house, they are given directives (rules) including to play separately in a specific pre-planned activity for 10 minutes, clean up, then move onto the second activity, then they can have their after-school snack eaten in separate areas. During the entire time, the parent is closely monitoring and giving lots of praise, at close proximity, for their on-task behavior. Thereafter, the three can come together in a favorite game, with the parent present, for eight minutes or less before moving onto another activity depending on how the first game transpired.

So, what do you think of those two scenarios? Which is more likely to be successful for a child with autism or ADHD? Which scenario leaves less room for problems? Which has more predictable outcomes? The two different scenarios reflect how direction, rules, and proximity equate to ‘structure’, how ‘structure’ looks in real-life situations, and what happens in its absence.

The more structure the better?

More is better? Presumably, but it depends. The goal, over time, is to need less structure. As children mature and learn, they become more independent and can handle more freedom (less rules and direction). If you impose structure when it’s not necessary, you’re promoting dependence, and being annoying, and kids will rebel. It’s a balancing act based on your best judgement as a parent. However, my advice is, when in doubt, go with structure.

“Structure” is such a commonly used term that it’s important to be clear about it’s meaning. I hope this post helps to clarify and make sense of this most important elements of managing our children’s behavior.

If you have any questions or comments, feel free to email me at jcarosso@cpcwecare.com. God bless 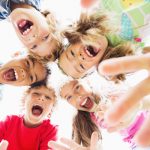