As Mark Twain popularized, “there are three kinds of lies: lies, damn lies, and statistics.” I suppose there is some truth to that saying; statistics can be confounding, confusing, and twisted. However, by the same token, statistics can also add clarity and help to guide our decisions. So, with that in mind, today we’ll focus on a way to help determine whether a given treatment is effective.

How to Interpret Effect Size

So, with all that in mind, here is a list of the treatment effect size for various treatments including ADHD medications, removing dyes from the diet, exercise, anti-depressants, psychotherapy, and miscellaneous medications.

Exercise can be an effective treatment for ADHD, but is temporary and lasts for only a few hours depending on how long and how intense. Regular exercise (and perhaps strategically timed exercise such as before one needs to focus for a class) is a good use of this strategy, and its effect size varies across symptoms measured:

Depression – no effect size number here, but thought to be as effective as Zoloft in one study

What Doesn’t Work for ADHD (did not find effect sizes, but the research outcomes are pretty clear)

To give you a comparison…

As a way of further comparison, effect size of common medications

However, treatment Effect Size does not tell the full story

It should be noted that there is more to the story than treatment effect. In that respect, statistics deal with groups, not individuals. Consequently, one individual might get a huge benefit from a treatment approach or medication, while a bunch of other people may only experience a small improvement. If you’re that one individual who responds wonderfully, then an Effect Size of 0.2 does not mean a whole lot. Moreover, for some treatment options, it’s not applicable to compare the effect size to an entire group of ‘depressed’ persons when the medication is shown to work better for depressed females who are also quite anxious and worried about weight gain. In that instance, the Effect Size may be 0.5, but more globally may only be 0.2. This is why doctors make clinically appropriate decisions to treat individuals, not groups. Finally, keep in mind that if only 5% of people experience a notable improvement with a medication or treatment approach, that 5% can add-up to a lot of people benefiting if the condition is wide-spread and the treatment approach is widely used.

Making informed decisions is vital, and I hope this post helps in that respect. Please feel free to respond or provide any comments on my Facebook page, I would love to hear your thoughts. God bless. 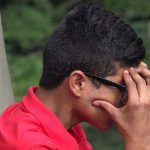 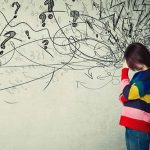 ADHD: What’s Executive Functioning Got To Do With It?
COMMUNITY PSYCHIATRIC CENTERS
AUTISM CENTER OF PITTSBURGH
DYSLEXIA DIAGNOSTIC & TREATMENT CENTER