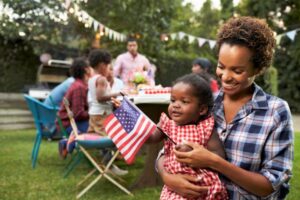 What Are We Celebrating on “The Fourth”, Also Known as “Independence Day”? The Fourth commemorates the unanimous adoption of the Declaration of Independence from Great Britain, by the second Continental Congress in 1776. This declaration culminated in our revolutionary war that ended in 1783. It was then that Britain recognized the United States as an independent and sovereign country. 😊 […]