The general conceptual idea is that kiddos with autism have difficulty filtering and processing stimuli in the environment; it’s just too much stimuli coming from all the different senses and that overload causes them to self-regulate with stims. Consequently, children may find the SSB to be very comforting. In fact, they find the behavior to be calming and an important part of their day, especially when they feel stressed.

Yes, the sensory aspects are often spread over different senses, such as visual, auditory, factory, tactile, and kinesthetic. In that respect, a child may be seen putting objects in front of their eyes, or to the sides, which is called ‘peripheral gazing’. The sensory aspect can also be auditory; the child may want to hear something over and over, a particular sound or a song, or may want to hear the fast-forwarding and rewinding of videos (which also has a visual aspect). Tactile is also common where kiddos want to touch people’s hair, feel certain items and textures, but may also be tactilely defensive where they can’t wear certain clothing given it’s just too irritating, which makes getting dressed in the morning a challenge. Olfactory may not quite as common as the tactile or visual, but these kiddo’s may want to smell everything, or experience everyday smells as especially noxious. Then there is taste and texture issues can be a real problem during mealtime. We then move into kinesthetic, proprioceptive, and vestibular that all sort of go together; the jumping, hopping, spinning, bouncing that is so common.

A common replacement behavior for the kinesthetic-based SSB is a trampoline, as opposed to hopping in the classroom. Children may be provided a particular time and place where they can jump on a trampoline. However, it’s important to be careful because there are behavioral and avoidance tendencies to consider. In that respect, if a kiddo has learned that jumping out of their seat during an unfavored math assignment will result in being permitted to jump on a trampoline then, while there may in fact be a valid sensory issue, the kiddo may also just not want to do the math assignment. Attention seeking too can be an issue; if three people attend to the child when they stim; well, that’s cool, so they’re going to keep stimming in the classroom. Consequently, we must be careful not to secondarily reinforce attention-seeking.

In the next post, I’m going to discuss the extent to which SSB are ‘defense mechanisms” and the subsequent implications. Stay tuned. 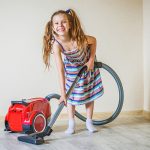 How To Get Your Kids To Do Their Chores

How to Listen so Your Kids Will Too: The Art of Reflective Listening 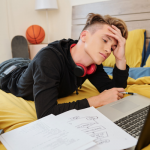 Is Your Teen Depressed, or Is It The Lock-down, or Both?
COMMUNITY PSYCHIATRIC CENTERS
AUTISM CENTER OF PITTSBURGH
DYSLEXIA DIAGNOSTIC & TREATMENT CENTER