What is an auditory processing disorder (APD)?

Quite simply, it’s a difficulty with the processing of auditory information. Usually, APD is diagnosed by an audiologist.

Some of the specific signs

Here are some of the specific symptoms of APD:

There is considerable controversy in this respect. Some say yes, it is valid, while others say it’s not.  Keep in mind that a condition is considered a “disorder” when it has a distinct set of features or symptoms that can be clearly differentiated from any other condition.

My thoughts on the matter

Note that APD is not a formal behavioral health diagnosis; it does not exist in the DSM-V. However, clearly, a lot of well-established clinicians, particularly audiologists, seem to think it’s a valid disorder, so who am I to say otherwise?

However, having said that…

I tend to fall into the camp that it’s not so valid. In that respect, over the past 35 years of practice, I’ve had lots of parents indicating their child has been diagnosed with APD or the parent has concerns their child may have an APD. However, invariably, I have found a better explanation for the problem rather than anything having to do with a specific disorder of auditory processing.

Let’s take a look again at that list of APD symptoms:

Can you contemplate some other condition(s) that can cause those problems? In that respect, I tend to find children, for whom there is a concern of having an APD, instead tend to struggle, more generally, with attention problems (ADD or ADHD), academic problems (dyslexia), developmental issues (autism), or with language issues (problems with expressive and receptive language).

How to make the distinction?

A child who struggles to pay attention is going to have difficulty following instructions. They fully understand the words, and process the information just fine, but get distracted too easily to follow-through. A child who was a late talker, has continued to need speech and language therapy, is not yet talking at an age-commensurate level, and has issues with enunciation is likely also going to have receptive language issues that, by definition, is interfering with the processing of auditory information. Lastly, dyslexia can often extend to a broader language-based disorder resulting in difficulty ascertaining phonemics, or the sounds associated with letters and words. Again, this is an aspect of a language-based issue and does not appear to be purely an element of poor auditory processing.

A distinction without a difference?

There is so much overlap between APD and these other conditions, and much of the treatment interventions also overlap, that to some extent it’s a distinction without a difference. However, I would contend that a deficiency in auditory processing is a symptom of another condition (ADD, autism, dyslexia, language issues…), not a distinct disorder all by itself.

We treat the underlying condition. If the child is struggling with attention-deficit, we keep the environment structured, quiet, organized, distraction-free, speak in clear and simple terms, ask to repeat instructions, utilize extra prompting, reduce background noise, and utilize a sticker chart for task completion. If the child has a language disorder, we do all the above along with speech/language therapy. If dyslexia, we implement all the above (albeit not necessarily S/L therapy) along with a multi-sensory reading instruction approach.

As always, I hope that helps to clarify the situation.

If you’re seeking more information on the matter, check out my new book, Managing the Five Most Challenging Child Behavioral Health Conditions of Our Day, on sale at Amazon. Additionally, there is a lot of useful information at HelpForYourChild.com.  Please feel free to reach out with any questions at DrCarosso@aol.com. 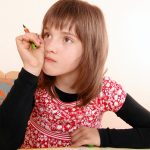 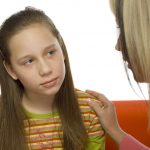 How To Talk To Your Kids About Terrorism (‘The Incredibles’ Approach) 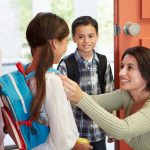