DSM-V and the Autism Diagnosis: Is The Change Hurting Children?

Written by Dr. John Carosso
There has been lots of fuss about the DSM-V and the autism diagnosis; will it result in less children meeting diagnostic criteria and therefore less children getting the services they need? Is this concern legitimate? I’ve written about this in prior posts, but here I’ll provide further elaboration.

What’s the problem, and what is the diagnostic criteria?

Is the DSM-V Autism Spectrum Disorder (ASD) diagnosis the issue at hand, or is it another DSM-V diagnosis that might be a “problem”?

First let’s take a brief look at the ASD, the criteria includes:

1. “Deficits in social communication and social interaction” manifesting in, for example, poor back-and-forth communication, deficient eye contact, and absence in an interest in peers or inability to sustain the relationship/interaction.

2. “Restricted, repetitive patterns of behavior, interests, or activities, and/or hyper or hypo-sensitivities.

So, you can see that this criteria, with the specifiers, cover everything from what formerly was called ‘Autistic Disorder’ at the more severe end; ‘Asperger’s Disorder’ at the ‘high end’ and ‘Pervasive Developmental Disorder NOS’ for those in-between.

Is There Another Diagnosis?

Yes, there is another ‘competing’ diagnosis, and this is where there may be a potential “problem”. In that regard, the DSM-V has a new diagnosis referred to as “Social (Pragmatic) Communication Disorder (SCD), which entails “persistent difficulties in the social use of verbal and nonverbal communication manifesting in”, for example, difficulty “greeting others and sharing information”, using “overly formal language”, and “following rules for conversation” such as in turn-taking and rephrasing, and “difficulty understanding what is not explicitly stated.”

This diagnosis would cover those kiddos who may have autism-like verbal and social deficits and kiddo’s who ‘don’t quite get it’ socially, but who do not have any restricted or repetitive patterns of behavior or interests.

Which DSM-IV diagnosis will be most affected by the SCD diagnosis?

Consequence of the DSM-V?

It’s likely this change in diagnosis to SCD, for the very few children who will be affected, will generally be positive. In that regard, having seen these kiddo’s first-hand, they clearly struggle with verbal and social skills, but are not “autistic”. Up to now, the diagnostic options have been few besides PDDNOS. These children can still obtain services consisting of individual and group speech/language, and outpatient social skill training, while avoiding the autism diagnosis that does not quite fit anyway.

Hope that helps to clarify the effect of DSM-V regarding the “Autism Spectrum Disorder” vs. PDDNOS, Autistic Disorder, Asperger’s, and Social Communication Disorder.

Feel free to follow-up with me, with any questions at jcarosso@cpcwcare.com. 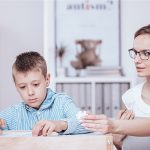 Let’s Talk About How We Diagnose and Treat Mild Autism - Part I: Diagnosis 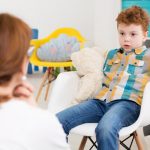 Let’s Talk About How We Diagnose and Treat Mild Autism - Part II: Treatment