Is Autism in Females Different Than Males?

Are more boys than girls diagnosed with autism?

Yes, about 4x as many males than females are diagnosed on the spectrum.

Let’s look at the two primary deficits pertaining to autism

We know that children with autism struggle with language and social difficulties. In fact, along with:

it is clear that social and language challenges are primary in the diagnosis.

What are females good at?

Males and females aren’t the same. Anyone who knows a female, or a male, and is married to one or the other, knows the truth to that. We simply do not think the same, nor do we have the same inclinations, affinities, or strengths. In that respect, clearly, females are better at socializing and communicating. They are far more verbal, communicative, and social.

How does that impact those two primary characteristics of autism (social and verbal skills)?

Girls are better at using their inherent strengths to camouflage their weaknesses, blend-in, follow the lead of their peers, and avoid standing-out. This would be true for females mildly as opposed to those more severely on the spectrum.

It’s vital to observe females suspected to be on the autism spectrum in a more nuanced and fine-tuned fashion. In talking with a female in that respect, it’s important to inquire about the challenges fitting-in with peers and how they have learned to adapt. In that respect, many females will speak openly that they rely heavily on following the lead of their friends because, in reality, they’re not sure what to do, or what to say, so they follow-along, remain friendly and affable, ‘do what others are doing’ and consequently try to fit-in and be accepted by peers despite their deficits. Many females on the spectrum are relatively successful in this respect, but the task can be stressful and exhausting.

This ability, of trying to fit-in, speaks to the resilience and aptitude of these female kiddo’s who find ways to compensate and move beyond their challenges. Boys do the same, but more-so in gross-motor pursuits with their male peers. God bless these young ones and may we be increasingly sensitive to their needs, ascertaining their challenges, and recognize how they adapt to fit-in with the world around them. 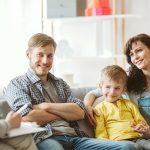 Autism Spectrum Disorder vs Social (Pragmatic) Communication Disorder: What are the similarities and treatment strategies? 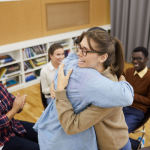 Treatment Options for Adult with Autism 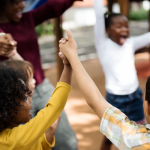 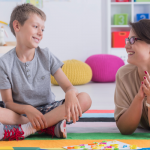