Confusion about the name, “self-stimulatory behavior”

As you do your own research about “self-stimulatory behaviors” or SSB’s, you’ll find a tremendous amount of information that can be quite helpful. However, it also can be very confusing. You’re going to hear many things about this aspect of autism that often-times is contradictory. In fact, even what “stims” are called can be rather confusing and you may wonder if they’re all talking about the same thing? In that respect, you will see SSB referred to as self-stimulatory behaviors, self-stims, stims, stereotypical behaviors, stereotypies, stereoautomies, tics, preservative behaviors, self-reinforcing behaviors, compulsive behaviors, OCD. In fact, it’s not entirely uncommon to see a kiddo diagnosed with obsessive compulsive disorder, when in actuality it’s a stim. You’ll see the aforementioned acronym “SSB”, which is “self-stimulatory behavior”, not to be confused with “SIB”, or “self-injurious behavior”; however, SSB can be self-injurious. Again, it gets really confusing with so many different names and aspects for the same thing.

SSB can include lots of behaviors such as hand-flapping, toe-walking, spinning, pacing, obsessing, lining-up objects, being very particular, and other compulsive tendencies. In that respect, sometimes OCD is confused with stims, but there are clear differences and I’ll delineate in another post.

Is the rationale behind “stims” any less confusing?

Not so much. In fact, the contributing factors of SSB are quite confusing because they are so multifaceted. In that respect, you’ll most often see, in your research, that self-stimulatory behaviors are caused by sensory issues; either the child is sensory-seeking or sensory-avoidant, or overwhelmed by sensory information. You also read of avoidance tendencies, i.e. the child will stim to avoid an unfavored task. There is also ‘attention seeking’ as a cause of SSB. So again, it can be rather confusing and challenging given any specific rationale will greatly impact treatment considerations.

Can SSB be treated?

Sure, of course, but the treatment too can be difficult because there are many opinions including that SSB should be interrupted; punished, or in some way shaped into something else. However, others suggest that we should not interrupt these behaviors because they are defense mechanisms and the kiddo needs the self-stimulatory behaviors to cope. Some suggest that, subsequently, if you prohibit them, the behaviors only worsen.

What children with autism have to say on the matter

Interestingly, children with autism will often say that carrying-out SSB is very important to them; that it’s self-soothing. Again, that aspect impacts the treatment processes in that we may subsequently indulge such behavior at specific times and in some places.

The neuro-diversity model suggests that society needs to adapt, not the individuals with autism. In that respect, some may suggest that autism is not a disorder and that society needs to be more tolerant. Ultimately, there tends to be a middle-ground in that, if the SSB is interfering with the child’s ability to function, then we’ll need to modify the SSB to some extent. However, if the SSB is an occasional hand-flap then, in fact, society may need to ‘just deal with it’ given we all have our quirks.

Are any of these perspectives ‘right’, or ‘wrong’?

Here’s the challenging part about this: none of these aspects or terms is necessarily wrong. All these nuances, including the labels, and whether SSB is caused by sensory issues, or avoidance tendencies, or attention-seeking needs is not necessarily wrong. In that respect, SSB is extraordinarily child specific; so, for one kiddo we may very well transition the SSB into something more adaptive. However, for another kiddo we may indulge the behavior. Yes, it’s multifaceted and, in my experience, of all the aspects of autism, SSB’s are the most challenging because they are so complex and multifaceted.

I’m going to break this down a bit more for you in upcoming posts where we take a look these factors and treatment aspects. Stay tuned for more.

Is Your Child Depressed? Here’s What To Do 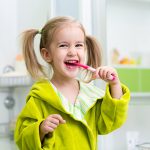