Are Your Kids “Lazy” or Are They Being Lazy? 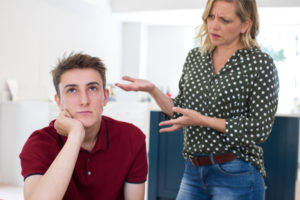 Well, it’s really not so subtle. It’s the difference between labeling your child, or simply describing an annoying and transient behavior.

When we call our kids “lazy,” “rude,” “liars,” “thieves,” or whatever, we are defining their character, and suggesting that this is their enduring quality. Okay, so now you’re saying, well, they are! That may be true, but I’ll bet you can think of lots of times when your child is motivated, nice, told the truth, and did not steal. Even if the particular behavior is somewhat enduring, your child is still young; their personality is molding and shaping, and you’re in a strategic position to help shape it in the right direction.

What “labels” tend to do

Okay, here’s a scenario for you; you’re young, impressionable, don’t have a solid grasp or sense of yourself as a person, and have a tendency to believe what you’re told especially when told by the most important person in your life. In this scenario, you’re consistently told that you’re “lazy” or a “liar” or whatever. One can imagine that you may come to personally identify and internalize these traits, and expect to consistently behave in that way. Note that kids, and people, often live up (or down) to expectations.

An even better option?

Yes, there is an even better option. Instead of labeling the child or the behavior, simply redirect the behavior, describe very specifically what you want to see, and use the situation as a teachable moment. Think about it, calling your child “rude” does not teach; it simply degrades and disparages. Instead, if your child calls you a name, rather than call him “rude,” describe the behavior as unacceptable, explain how he could have better-expressed his frustration, maybe even have him repeat the more appropriate words, and then implement a fair consequence. Same holds for “lazy.” Rather; tell your child exactly what you need to see him doing, set a firm limit for him to get started, and then implement a consequence if necessary.

You get what you praise

If your child has a particular problem with not being especially motivated, or telling mistruths, or taking items, then pay very close attention to her behavior and praise big-time when your child demonstrates the pro-social alternative. Remember, if you consistently praise a behavior, it is much more likely to be repeated. Sticker charts also do wonders.

You want your home to be a happy, pleasant, and cordial environment, right? Of course. You’ll go a long way to making that happen after dropping labels, describing behaviors you instead want to see, relying on firm consequences without yelling and emotion, and using lots of praise. Not to be redundant, but think about it, how do you feel when you’re called lazy, rude, or a liar? Would you do better calling your spouse “lazy” or simply telling him or her exactly what you need and that they’ll suffer a consequence (they know what you mean) if they do not immediately help you?

Hope this was helpful. By the way, if you have any helpful personal experiences, or other good alternatives to labeling, please share at jcarosso@cpcwecare.com. Thanks.

Dr. John Carosso
Dr. Carosso has more than 30 years of experience as a licensed Child Clinical Psychologist and Certified School Psychologist working in private, inpatient, outpatient, residential, school, and home settings. He is Clinical Director of Community Psychiatric Centers (cpcwecare.com), a licensed Behavioral Health Outpatient Clinic, and operates both the Autism Center of Pittsburgh (autismcenterofpittsburgh.com) and the Dyslexia Diagnostic and Treatment Center (dyslexiatreaters.com).