Is ADHD a Real Disorder?

A syndicated child psychologist recently wrote an article claiming that ADHD is not a real disorder and kids are ‘just being kids’ and not demonstrating signs of a disorder by being active or distracted. I formerly enjoyed reading that psychologist’s work, but have become increasingly disillusioned over time. In addition to writing that ADHD is not a genuine disorder, he also comes across as exceptionally harsh in his punishment, and seems to expect kids to be like little automotons and, if they dare disobey, he suggests sequestering the little criminal to their his room for weeks, sometimes even months, no joke.

Okay, back to the topic at-hand; is ADHD a real disorder? First, it has been clinically documented for over 100 years that some children are far more active and inattentive than others, and sometimes their activity level, and the extent of their distractibility, can get in the way of their daily functioning. This concept is nothing new; and the concept was not originated by pharmaceutical companies.

How do we come to classifying something as a disorder? There are any number of factors, including that there needs to be a consistent set of predictable signs, symptoms and characteristics, occurring together, preferably from some identifiable cause (not always the case, and may stem from multiple causes) that are significantly interfering with daily functioning, and not better explained by some other disorder or identifiable cause. Does that fit with the ADHD? I think so.

Context is very important. You see, the extent to which something is considered to be a disorder, and it’s prevalence, depends on where you are, and when you’re living in history. Consider dyslexia, for example, if you were growing-up 150 years ago in a rural community, the disorder of “dyslexia” probably would not exist, and definitely wouldn’t be anywhere near as prevalent as today. However, as many people as today would have problems with reading, but no one would know about it, or care, because the ability to read was not a big priority. That same fact would hold true in some areas of the world today where rates of illiteracy are very high. In those places, there is little opportunity to learn to read in the first place. What about ADHD? The same holds true; growing up 150 years ago on a farm would be conducive to a high activity level. There might still be problems with distractibility and not thoroughly completing chores, but such would likely be far less of an issue when compared to today when kids have to sit, all day, in a classroom. So, yes, in that respect, the diagnosis of ADHD is subject to context.

More about using context to our advantage

It’s not necessarily a matter of any given modern-day disorder not being a genuine disorder, instead it’s a matter of context that often makes the disorder more relevant and problematic. Given that reality, (that context plays a role) we need to seriously consider changing the context of our current educational programming and, even at home, regarding how we carrying-out activities. In that respect, would kids with ADHD and dyslexia have such a rough time, and would their condition be as problematic, if the kiddo’s had the opportunity to work on tasks while moving, run before each lengthy seated assignment, read with their ears rather than their eyes, complete assignments in shorter stints (I could go on and on) then maybe the condition(s) would be far less impactful.

It’s vital that children with genuine disorders get the help they need. Denying the issue exists will only worsen the problem, make people question the need for help, and blame the child for their behavior. We need common-sense solutions that not only help to remedy the symptoms of the disorder, but also make the symptoms less problematic in the first place. We need to think outside the box. Let’s start doing that today. God bless. 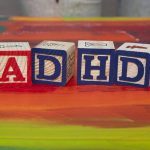 What is ADHD, Part II

What's the Best Strategy for ADHD? 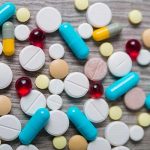