Behavior Charts: How to Make Them Work

Written by Dr. Carosso
Sticker charts can be an invaluable resource. Kids love to get stickers, which are inexpensive, highly motivating, and can be used numerous times throughout the day or week. From my professional and personal experience, I have seen first-hand how kid’s eyes light-up when they earn stickers, and the opportunity to cash-in for some later reward.

However, sticker charts have their draw-backs; they can be cumbersome (parents rarely stick with them beyond a few weeks), it can be tough to figure-out how many stickers to give before a reward is provided, and how often should stickers be earned and allocated in the first place? All good questions. So, lets get them answered:

Children older than 12 tend to prefer ‘point charts’ (child earns points, rather than stickers) that are added to determine if reward is earned). Variations abound and include marbles being placed in a jar when chores are complete; if child earns all seven jars in a week, then a weekly reward is given. Or, a marble in the jar determines if favorite show can be viewed that evening.

Point charts are a highly effective and motivating. Give them a try. Don’t worry if you only stick with it for a few weeks; in fact, you can tell your child that this “contract” (i.e. the sticker chart) is for only a few weeks, until a desired reward is earned; then feel free to take a break for a week or two and regroup. Also, don’t forget to get softer and closer with your child (see prior post). Go buy them there stickers. God bless you and your little ones this New Year. Please provide feedback on your experience with sticker charts.

Autism: Squirt in the face for misbehavior? 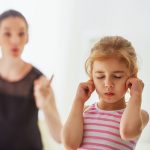 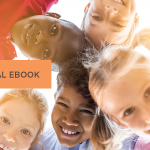